Let’s begin with the fact that for 20 plus years I have been studying and practicing as a credentialed professional. I can recite ACSM recommendations for exercise, tell you the mediterranean style diet has the most scientific literature for health ,understand and explain details of chronic disease management ,and bore you with behavior change theory until you decide you are giving up your wellbeing journey and just may take up smoking. So what you say? Exactly. While my advice was factually correct and well meaning, it was still nonetheless lousy.

Here are just a few of reasons why.

Number one, the advice was not always requested. What that often results in, is anything from annoyance to disconnect on the end of the recipient ,and therefore was LESS likely to support someone in health or life improvement . Sometimes people just want to be heard in their struggle, not offered advice, tips or tools.

Number two. It was from a microscopic and myopic level. My limited life and career experiences, especially in the early days, reflected a much narrower viewpoint. While I felt compassion and demonstrated kindness, I really had no comprehension the level of another’s pain or suffering. This was exacerbated by the fact that I did not know, that I did not know. A glaring example of this was when I worked pediatrics and believed I understood a Mother’s profound sorrow when we attempted multiple times to start an IV… until I had children and it occurred with my youngest at 16 months. If not for a well placed chair and an observant nurse, I would have gone all the way down.

Number three. In large part believed people made their choices and behaviors mainly from a place of logic. A personal relationship, a work out, a food choice. Be given education. Capable? Follow plan. Uh huh. Naivety off the scale on this one. We are complex human beings. We are wired to habits that have given us rewards in the past ,or kept us safe, and now even though their path may be causing destruction and illness we will be drawn to repeat. Not hopeless but drawn. Secondly “numerous cognitive neuroscientists have predicted almost 95% of our decisions, emotions, actions, and behavior are made at the subconscious level.” While sounds impossible…I have witnessed smoking via a tracheostomy…. on more than on one occasion.

Number four. I did not consider people’s strengths, likes and dislikes, personalities or compelling values. What motivates me does not necessarily motivate you. I may have touted a running regime to someone who likes social activity. I may have told someone they could make more money in less time working from home when they thrived being part of a team. The worst one of all was not considering social determinants in people’s lack of “compliance.” 3 years working with the disenfranchised mentally ill was the wake up call I admit to needing.

Numer five is I supposed and decided the problem and therefore the solution. While I did not participate in all of these, here are some examples.

A friend is single and states having difficulty in long term relationships. “You have to try to find the right partner. I know someone.” But what if she spent her whole life building an identity and value on work and now unsure how to make space in her life for something else?

Someones has gained weight.  We suppose it is lack of movement, not enough fruit and veggies. We offer lots of handouts on diets, food, exercise advice, all the latest trends. What if the weight gain is not an issue for this individual? Or what if it is an issue but due to a family illness and lack of resources for care, the person has not had time to meal prep? Or what if a gentleman’s wife has left and he has no cooking skills and is surviving on the upside down W?

Coworker suffering with fatigue and lack of motivation? Oh try this supplement ,this pillow, this sound machine. While all may be very helpful, what if the fatigue is due to staying up late working a side hustle to pay the bills?

So I have learned a lot, especially in the last decade. In my personal and coaching business. I try to pause before I speak and when I hear myself about to slip, I go back to a helpful acronym from my initial coaching school.

And hopefully it won’t be to offer unsolicited advice.

It took a long time for my business friends to convince me a had a brand. Eventually though, I came to accept that it wasn’t a marketing/sales thing as much as it was defining who I am, what I offer, and where my passion lies in service. What are my obsessions ? Mindfulness, compassion (including […]

How to Find Your Purpose

Large undertaking, I know, right? This blog, as do many of them, started with a life event. My husband and I are parenting the last of four boys as he approaches high school graduation. Each boy, having of course, a slightly different experience during this important time of passing. The earlier boys benefitted from our […]

I awoke one morning and whilst the fogginess still lingered in my head, I stretched and turned on to my side, to find a tiger in my bed. With blinking eyes and beating heart, I tried to slowly back away, But he quickly followed, and appeared intent, with me to closely stay. He growled and […]

Protests PPE and Being Seen

Imagine for one minute you are a small business owner, the self employed, or furloughed and you have been 6 weeks without income. You have a mortgage, a car payment, utilities, and most of all a family that needs food. Yes food. You lie awake at night terrified that you will not survive this crisis […]

When in Doubt, Get an Ice Cream…..Headache 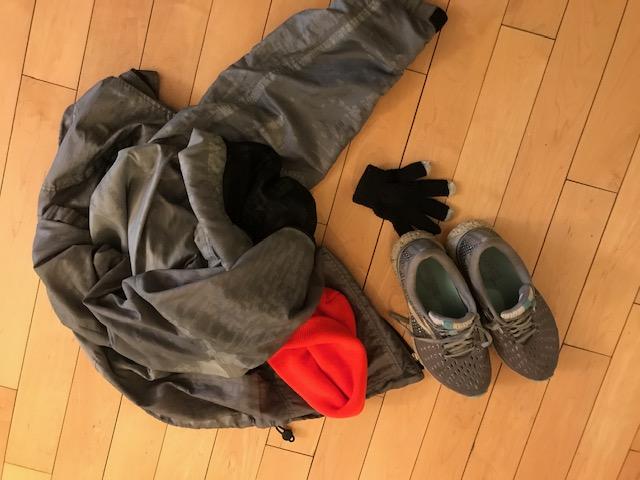 Yes it is Maine. Yes it is April 2nd and it is cold, windy and raining. Yes I ran outdoors and did not encounter a single soul. After my warm shower the headache has faded, but its benefits will linger. Why would you want to choose to go outside today and embrace an ice cream […]